A note on Back To Dine No 4

Our menu opens with a sourdough baguette, roast chicken & tarragon butter. This is a blunt statement of intent. It should leave the diner in no doubt that a/ this menu is french and b/ we mean it.
The menu closes with an innocent looking terrine de campagne which was appropriated by Stephen while working for Nico Ladenis in his three Michelin starred restaurant Chez Nico. We used the masters exact recipe.

Between these stalwarts of what used to be basically everyday french cooking we detour to the pressed table clothed dining rooms of Pichet and Bresson.
An hor d’oeuvre of foie gras and
apple aspic with truffled balsamic pearls  typifies the kitchens indulgence to the eater and the respect the chefs have of the classical repertoire.

The starter is straight out of the Gibson Pichet play book. It’s been on the menu since they opened. It’s a dish of many parts working in harmony like a great dish should. It’s pulls you, pushes you and finally sings. It’s rich, light, salty, sweet, hot, citric and fragrant all one after the other but not necessarily in that order. Some dishes live on a menu and don’t ever retire, why would it? It’s a near perfect starter  ‘a mic drop’  in modern parlance.

We wanted to do a lobster dish, it’s a luxury ingredient like no other and thermidor sauce fits exactly that brief too. Paired with a shaved asparagus and frisée salad compliments the richness and then there’s something about pie and salad that just works.

A ballantine is french cheffing about. They perhaps more that any other cuisine muck about with a natural thing and tinker and contrive it into a place far from where it started, in this case a small bird, bones removed, stuffed with a truffle and chicken mousseline and wrapped in Alsace bacon. The ‘cheffing about’ is wholly justified. It’s brutal but completely refined at the same time.

The suckling pork belly dish perhaps fits a more Hibernian Franco sensibility that is to say meat and two veg style. This may prompt a head scratch moment from the french cadres of chefs but we’re in Ireland and this how we do things here.
The dish could be drawn from our own bacon, cabbage and potatoes and tarted up but isn’t all restaurant food. A simple thing engineered and sometimes overwrought. Not in this case and with another Gibson’s own signature  ‘HP sauce’ and the cider sauce pulling the dish together like a laces on a ice skaters boot gliding your tongue to meat and two veg pleasure and satisfaction.

It had to be strawberries for pudding. Gariguette is an early season french variety so we’re in luck. We also wanted to be indulgent and show off on this menu so I choose the term assiette as its the fancy name for just that.  it’s a term for barely veiled greed really. This dessert is almost child like but that’s allowed it’s cake with jelly and cream.

Our mignardise or sweets are a delight. Our pastry chef Raul has out done himself this time. The Macaroons in particular are extremely difficult to get right and require not only skill but the grit of commitment. Only the french would be so testing in exactness, maybe that’s it, maybe it’s their challenge to the rest of us. Only perfection will do or it’s a Gallic shrug and ‘non’!

The pour demain is one of my favourites apricots . They kinda taste better cooked if that isn’t too sacrilegious. And of course finishing with the country terrine.

I’d like to thank all the chefs for their input but in particular Stephen Gibson who is not only a great chef but also a great restauranteur in Pichet and who demonstrated a genuinely refined palate with a real delight and excitement about eating and food.

I do hope you enjoy our menu as much as we enjoyed writing it and cooking it for you, 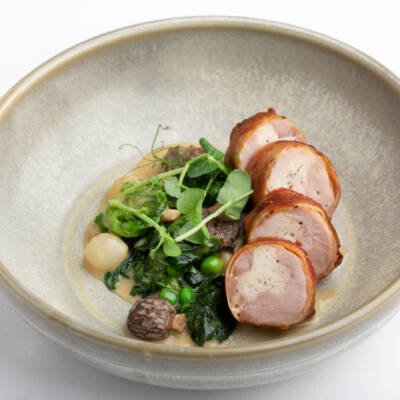 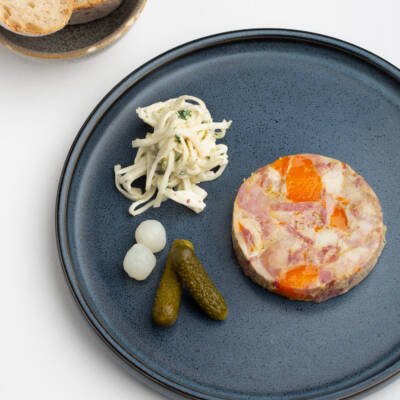 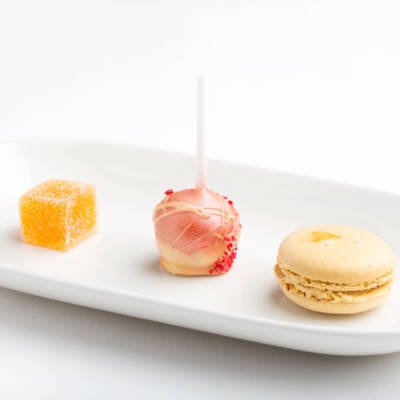 A note on Back To Dine No 3

Every time we lift a pencil and write a menu even before we cook we fulfil a brief, we are servants of that brief and indeed that’s in large part what chefs do and on any given restaurant Saturday night it’s called service. We serve.
How much of ourselves do we put into that brief and how much thought do we put into the enjoyment of others.
Apart from the byline bringing fine dining to your home by whoever, what are we actually trying to do , inflict our art on customer? Or bring a little joy to light the gloom? The latter is our mission.

There is a bond of trust when you go into a chef owned restaurant and the chef who is actually cooking in their restaurant. One enters into an expectation, the food is an expression of the cook and therefore the person, that person is Anna Haugh and Myrtle restaurant . Her food appears simple but is in fact complex, very carefully thought out and executed, this is her slight of hand in Myrtle.

If I had to pick 2 things that sum up Anna in the menu it’d be the Gubbeen chorizo and hot cross bun bread & butter pudding.
Gubbeen chorizo is a stellar example of ‘let it alone’ let it be what it is. This treatment is risky if the produce isn’t up to the scrutiny of exposure,  so a critical eye picking those ingredients are vital.

Anna is also a Michelin star pastry chef , her pudding for 2 sharing is clearly not a  a post modern head scratching ensemble not there’s anything wrong with that vibe but a comforting, seasonally on point pudding in an old fashioned almost maternal way. It’s a wrap around hug in bleak times.

Anna is a Dub and so she draws upon that heritage as indeed any cook who is moulded by their upbringing and  background. Gur cake is by tradition a Dublin bake made up of all the leftovers of a day in a bakery and we’re doing the same. Trimmings from hot cross buns tea brack, batch loaf and cake lollipops  all go into the mix with more currants and spices. There is a certain inaccuracy in the recipe which goes against the grain of a chef but to a great cook it’s kinda normal, where cooking changes from grams and weighing scales to instinctive and reflex or even muscle memory of honed taste buds.

How far Ireland has come , finding its own food voice and identity in the one of the great centres of the food world. Anna brings her unique vision with charm and  a disguised grit and determination to that world.

It is a privilege to collaborate with Anna and bring a true taste of her debut restaurant Myrtle to life .
The name itself is homage to the culinary legend Myrtle Allen who played a crucial roll in Anna’s culinary view . Inherent beauty and apparent simplicity of execution.

There’s no hiding in a box , no waiters, no hand thrown plates with copper glazes, no subtle subterfuge , no dry ice, no slight of hand. What you get either stands or falls entirely on its own merits. 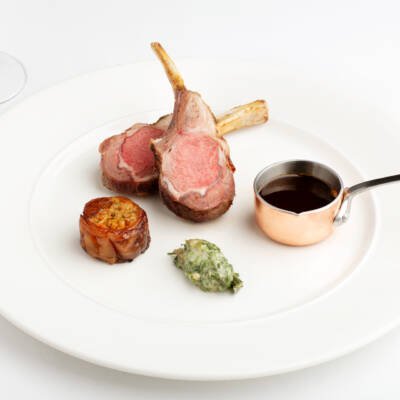 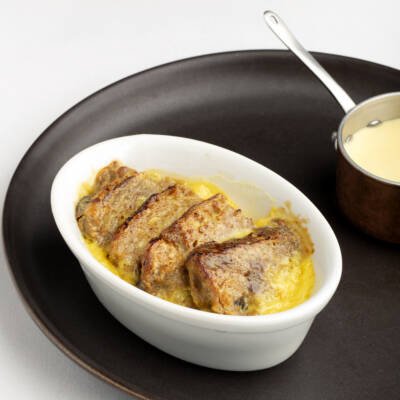 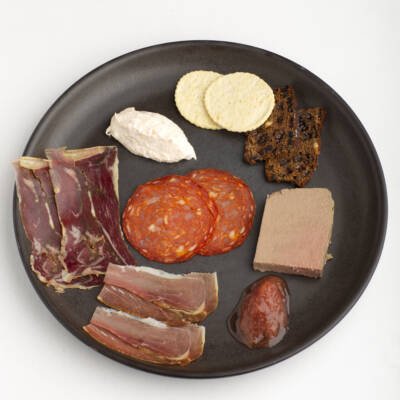 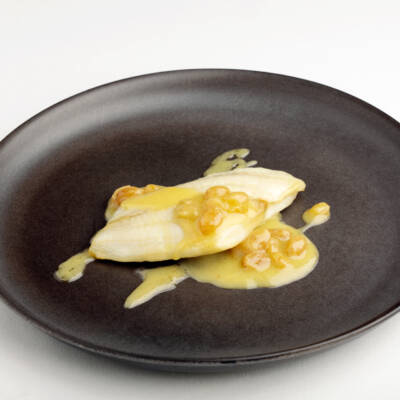 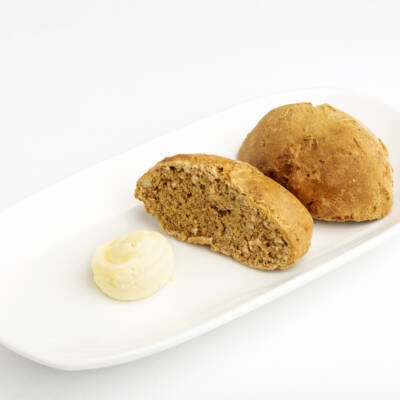 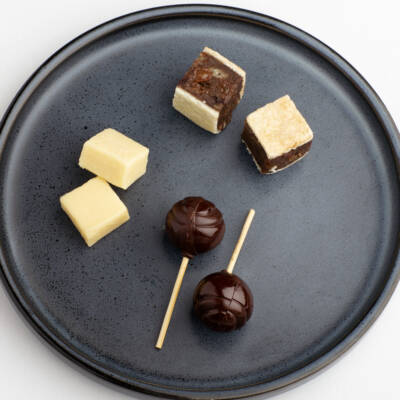 A note on Back To Dine No 2

JP and I wrote our menu taking inspiration from his latest book ‘The Irish cookbook’ whilst keeping faithfully to the spirit and its mission statement. We did draw heavily from the the book however it is not entirely a replica thou many dishes and recipes are taken directly. This can never really be the case when two chefs sit down and collaborate. Each cook bringing  their own unique view and experience to the table, a mutual meetings of minds has to occur.  With that said I felt it my task to curate this wonderful collection of recipes and bring an order or a sequence to a menu format. To gently shepherd the diner through the pages of recipes and bring the food to life on your table.

The menu first and foremost is about the simple pleasure of eating great tasting food and be taken for exactly that. It is also a celebration of our cultural heritage and history of this island.

It could be a commentary of people working in the fields to the commercial classes and landed gentry. Potatoes, buttermilk & ham hocks to forced rhubarb grown under cloches in a country estate. Plentiful snared rabbits to venison hunted by lords and ladies in deer parks for sport. The professional classes  ability to indulge in imported seville oranges to make marmalade opposed to picking wild blackberries for free. 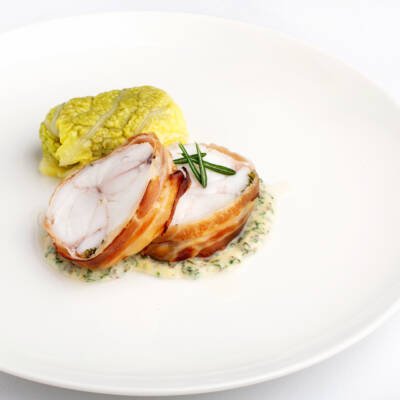 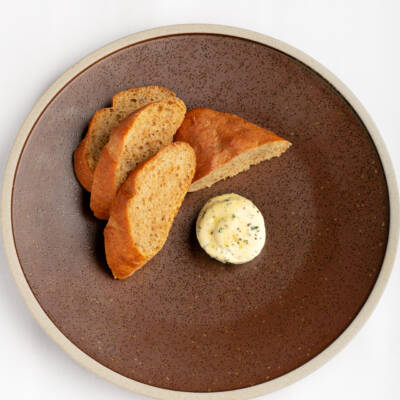 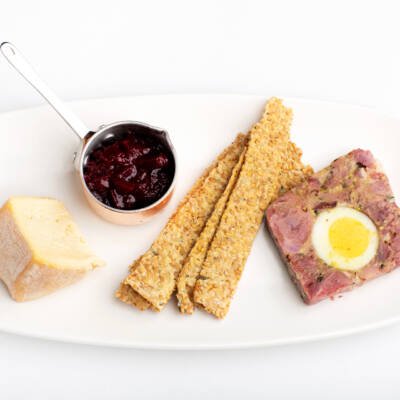 The modern world has homogenised food for many reasons among them greater yeilds and disease resistance which is not such a bad thing but in doing so we can loose our roots, our sense of place and what food means to us beyond the superficial.

Many of us growing up in the countryside have wonderful memories such as digging potatoes as a children and of course not realizing the earthly connections being made between you, the land, the spud and Ireland.  All form to blend a unique food and cultural experience of Irish food and Ireland only unraveled as a cook in later years.

Our modern wealth means we can have the luxury of food anytime, anything and anywhere rather than the way it has always been which was whats available at that time of year and in season. Our menu strongly respects this, we use blackcurrants that were made into jam when picked and to be  enjoyed in winter  months. Mushrooms made into a ketchup is another method of preservation using vinegar , sugar and mace. Gooseberries brined to preserve and transform into something akin to a caper. We’ve  taken the classic french dish Coquille st Jacques and created an Hibernian terroir version. We’ve included some non natives such as Jerusalem artichokes that were commonly grown in walled vegetable gardens as much as a decorative plant as for food.

A rillette made from the humble rabbit elevated as a smart french preparation coupled with seafood, a modern fine dining construct finding parallels with langoustines and rack of rabbit.

Gubbeen cheese is one of our Irish greats and in our scramble to find the next bright shining thing we can overlook such gems.

It is my real pleasure to take these dishes off the pages and bring them to life. I very much hope you enjoy it, 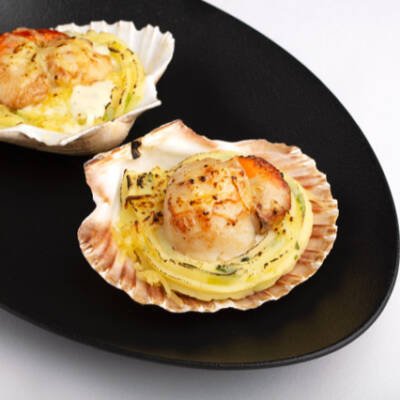 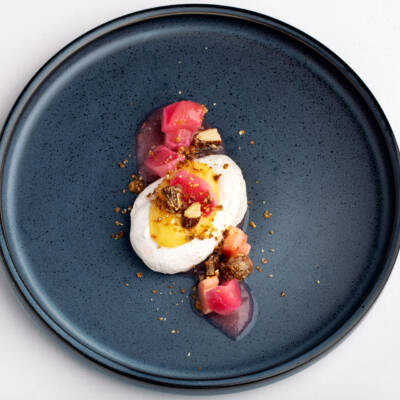 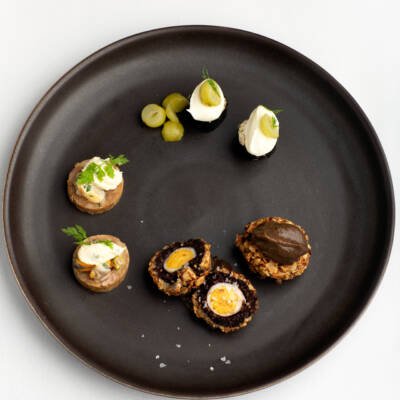 Please note we have limited supply so order asap to avoid disappointment, don’t leave it til the last minute 🙂

Please email info@backtodine.com for delivery details before ordering your box.

Our new menu is now online – click the MENU tab. We are now accepting orders for the following dates:

Friday May 7th, Saturday May 8th.